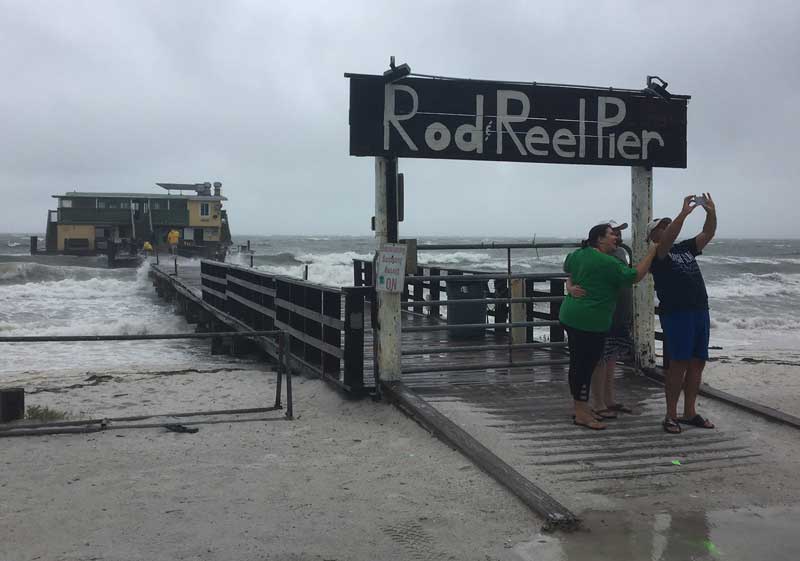 Fortunately, said Holmes Beach police Chief Bill Tokajer, drivers exercised common sense and no cars were stranded, even as some side roads were closed. 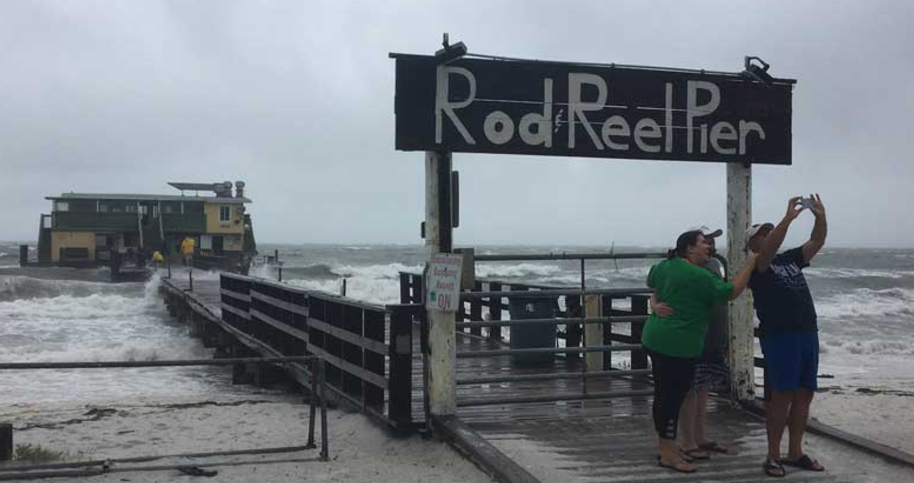 “Everything is passable now,” Tokajer said at 2:17 p.m. July 31. ‘We did have a considerable rain event but water subsided pretty quickly. Everything is open now.”

Some storm watchers braved conditions to experience the event.

“We’ve been coming here for 15 years and this is unusual weather,” said Sarah Hockley of Chicago as she watched the surf pound the Rod & Reel Pier, 875 N. Shore Drive, Anna Maria.

Hockley took selfies in front of the pier with visitor Dan Morris of Birmingham, England, and her father, island resident Norman Hockley.

At the same time, general manager Dave Cochran of the Rod & Reel Pier was battening the hatches on the property, which was closed for the storm to pass.

Emily was the fifth named storm of the 2017 hurricane season, which runs June 1-Nov. 30.

Hurricane name lists are rotated every six years so Emily has made an appearance every year possible over the past four decades.

Emily worked up to a Category 5 hurricane in 2005 and remains the only Cat 5 name not retired since hurricanes began being named in 1950.

Article Courtesy of The Islander

Island Golfing for a Cause, Payton Wright Foundation