Today we are celebrating the 5th annual #BookDirect day.

The #BookDirect initiative was first organized to educate guests about the advantages of bypassing third-party channels to book directly with management companies and homeowners. Today is the 5th anniversary of this movement, which falls on a quite unique date sequence of 2/2/22!  How fun!

Not only are vacation rental owners facing the same issues regarding the often-high commissions set by listing sites, but also guests themselves frequently end up paying more for the same stay. 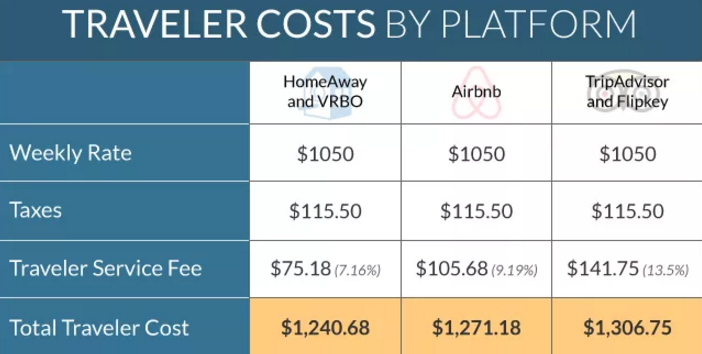 For the past ten years I have used VRBO/HomeAway as my advertising venue for the rental of Dans Florida Condos (www.dansfloridacondos.com). I have two lovely 2br and 1br units located on Anna Maria Island (Central Gulf Coast, in Bradenton Beach, FL). Both units are located in Runaway Bay Condominium community, which offers guests top notch amenities and a friendly environment.   It’s such a treat having direct beach access right across the street from our home away from home! A few years ago, VRBO/Homeaway was purchased by Expedia and immediately began changing their business profile.

The first thing was to add a “Service Fee” of 7-13% to our rates all of which was passed on to you the renter. At the same time, we could see no benefit to you in return for paying that fee.  We feel as that extra money could be used to purchase a margarita while resting your feet in one of the many beach side bars of Anna Maria Island, FL.

VRBO/Homeaway began acting like any other rental Property Management Company and has continually harassed us to accept their “BIN” (Book It Now) feature, whereby they control the entire transaction, communication, etc. removing the “personal touch” of booking directly through an owner.

Additionally, they removed the option to contact us directly (phone/personal email) in order to address any questions about the unit or the Island and accommodation. Thus VRBO/HomeAway is no longer an advertising or networking venue, rather a booking site which only priority is to drive the profits for shareholders. 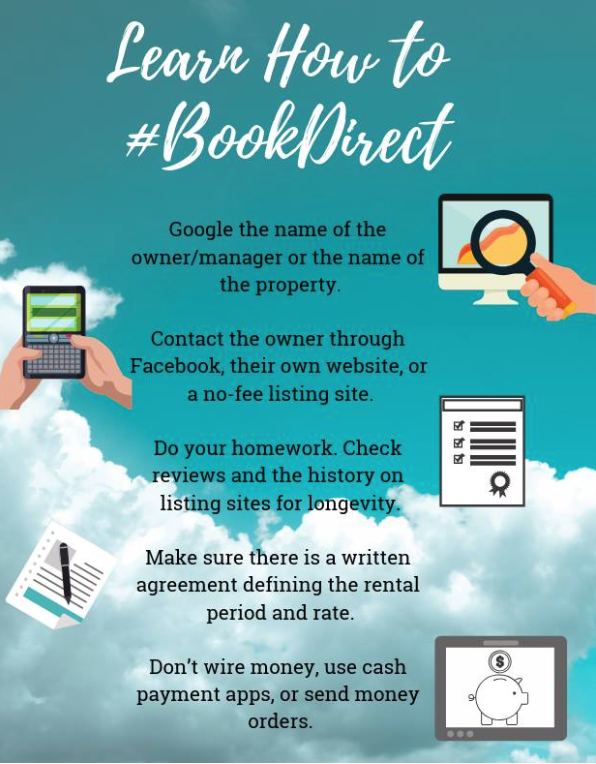 I am excited to participate in the #BookDirect movement by continuing to offer a “booking fee free” website at www.dansfloridacondos.com. Check out Dans Florida Condos to take advantage of a Booking fee free experience. You’ll also find additional information on Anna Maria Island, FL, Runaway Bay Condominium community, along with pictures, guest testimonials, and an updated Blog of events happening on Anna Maria Island and Dans Florida Condos.

Did you know, that the average traveler spends $237 to big box booking sites like VRBO, HomeAway, and Airbnb!!!  They could be using that on a golf cart rental, fishing trip, or several rounds of drinks!

Six ways to Save $ By #BookDirect:

If you have any questions about the changing Rental By Owner market or #BookDirect, you are welcome to reach out at any time. Please also take the time to “Like” our facebook page at www.facebook.com/dansfloridacondos.

Here’s to starting a new #BookDirect adventure together, declaring independence from greedy profit hungry Big Box listing sites, and returning to a more personal Vacation Rental By Owner experience for us all. #BookDirect

*Please note – Dans Florida Condos posts blogs of local establishments and events periodically, for the intended benefit of our guests and visitors of Anna Maria Island. We do not receive advertisement commissions or other compensation from these posts. These recommendations are either experienced firsthand by us, or via reputable friends and partners on the Island. This ensures we are informing our guests of the “best of the best” that the Anna Maria Island and Runaway Bay Condominium community and the surrounding areas have to offer.

*The content of this blog is not to be copied, adapted or shared without the written consent of Dans Florida Condos.

It may not have been the fastest race in history, but Anna Maria Island won the marathon with loggerhead Eliza Ann.

Anna Maria Island Turtle Watch and Shorebird Monitoring and the Sea Turtle Conservancy placed a tracking device on a sea turtle June 19 after it nested at Coquina Beach in Bradenton Beach, then released the turtle to the Gulf of Mexico early June 20. That tracker showed the path taken by the sea turtle as she nested twice more and journeyed on her three-month migration.

This was the first confirmation of multiple nesting by a mature female loggerhead on the island.

As part of the tour, 20 sea turtles were tagged and released from beaches in Costa Rica, Panama, Nevis and Florida. The turtles then competed in a “marathon,” a competition for which turtle swims the most miles during the three-month “race.”

Pictured Above – Eliza Ann traveled 1,693 miles to win first place in the marathon, which tracked distance covered through Nov. 1 by the tagged sea turtles. The runner-up, a loggerhead named Cruz, traveled 1,583 miles after it was tagged July 29 near the Disney Vero Beach Resort, south of the Archie Carr National Wildlife Refuge in Melbourne Beach.

The migration was tracked using satellite telemetry. Every time Eliza Ann raised her head above water, the antenna on her tracker sent a signal, letting conservancy research scientists know her location.

Following nesting, the tracker showed the turtle traveled to the Bahamas to forage and, as of Nov. 1, was in the water north of Cuba.

Additionally, the data received from the turtles’ transmitters allowed researchers to determine the number of dives taken during a 24-hour period, the duration of the most recent dive, and the water temperature of the location, according to Lexie Beach, Sea Turtle Conservancy communications coordinator.

Following nesting and placement of a satellite tracking device atop her carapace June 20, Eliza Ann, a 300-pound-plus loggerhead, crawls back to the Gulf of Mexico. The device, placed by Anna Maria Island Turtle Watch and the Sea Turtle Conservancy, tracked Eliza Ann’s travels for the Tour de Turtles — a marathon for sea turtles. See page 26 for more. Islander Photo: ChrisAnn Silver Esformes

“To adequately protect sea turtles in all their habitats, we must learn more about their migratory patterns, their behavior at sea, where their marine habitats are located, how the turtles use these different habitats and the migration routes turtles travel between habitats,” Beach said.

Since the tour is over, this data becomes available to researchers around the world and also is being used as part of Sea Turtle Conservancy research scientist Dan Evans’ doctoral thesis.

Turtle watch participated in the tour in 2015 with a loggerhead named Amie, but the turtle’s satellite tag fell off shortly after the race began and it was disqualified.

– Article Courtesy of The Islander