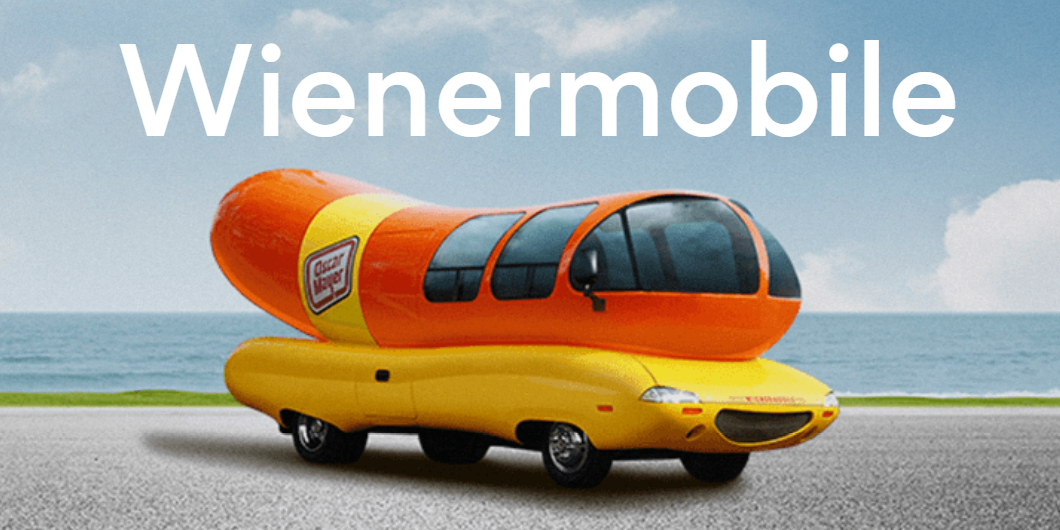 Elise “Cheddar Cheese” Johnson and Dominic “Dijon Dom” Ricci are two of 12 people who can drive the Oscar Mayer Wienermobile — with the rare exception of Jay Leno, who took the modified Chevy truck for a spin and a story earlier this year for his TV series on motor vehicles, “Jay Leno’s Garage.”

And it was Johnson and Ricci who chose to beach the larger-than-life hot dog and stay at the Cedar Cove Resort in Holmes Beach between marketing events Dec. 5-10 in Lakewood Ranch, Bradenton, North Port, Fort Myers and Sarasota.

“A lot of people have been stopping by and taking pictures,” Johnson said about her stay on Anna Maria Island.  “It always makes somebody’s day,” she added.

Johnson and her fellow hot-doggers are among an elite few, including Oscar Mayer’s president, who can speak on behalf of the company. They interviewed, sang the jingle and “cut the mustard” to get the job the first year out of college, Ricci added. Johnson graduated from the University of Texas-Austin and Ricci from the University of Wisconsin-Madison.

They attended a two-week Hot Dog High with the 10 other drivers and then took to the road for a yearlong stint at the wheel of the Wienermobile for the Kraft Heinz-owned company, now headquartered in Chicago. A 2015 merger closed the Oscar Mayer plant in Madison, Wisconsin, consolidated operations and moved the headquarters to the Aon Building in Chicago’s Loop.

German immigrant Oscar F. Mayer started a meat market with his brother, Gottfried, first in Detroit and then in the 1880s on the north side of Chicago. His nephew Carl G. Mayer created the first Weinermobile in 1936. About every 10-15 years, Ricci said, the company changes the vehicle design.

Ricci and Johnson see a bright future in marketing with the parent company, as teachers or wherever they want to use their people skills after finishing their tour of 15 Southeast states in June 2018. They have oodles of transferable skills, they say. “We’re basically running a PR firm, the 12 of us and the CEO,” Johnson said, with six months and 25,000 miles under her belt.

She also praised their Anna Maria Island hangout Dec. 8 while visiting The Islander office and greeting folks interested in the Wienermobile. “It’s so peaceful. I think it’s the best-kept secret,” Johnson said about the island. “I’ll be taking my family back here,” she added.

And, as Ricci and Johnson would say, the puns are many, so we’ll ketchup then. With relish.

In the meantime, put a little mustard on that dog.

-Article Courtesy of the Islander

Things to do this Winter on AMI